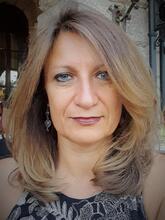 My work focuses on early modern science, technology, and medicine in Europe, between the seventeenth and eighteenth centuries. I have published on artisanal cultures and the politics of encyclopedism in Old Regime France, on the social history of experimental physics in Italy and England, on the silk industry and industrial espionage within Europe and across the Atlantic. Most recently, my research and publications have addressed the intersections between HSTM and the history of craft and labor. My goal is to make science, medicine, and technology more central in historical studies and to give voice to marginalized historical actors. For this reason, my research pays close attention to material and visual sources, which offer insights into actors and practices often invisible in textual accounts.

My most recent book, Artisanal Enlightenment: Science and the Mechanical Arts in Old Regime France (Yale University Press, 2017), argues for the centrality of the mechanical arts and the world of making in the French Enlightenment. With a radical shift of historical actors, it foregrounds the figure of the artiste, a period term for learned artisans who defined themselves in contrast to savants and routine-bound craftsmen. I show that early encyclopedic projects on the arts and crafts – which paved the way to Diderot’s and d’Alembert’s Encyclopédie – were information gathering activities designed to support the colonial and commercial schemes of the French state. I place the artiste as a central actor in these efforts and, more generally, in the changing landscape of France’s political economy.   Artisanal Enlightenment was awarded the 2019 Louis Gottschalk prize for best book in eighteenth-century studies by  the American Society for Eihteenth-Century Studies.

My first book, Viaggio nel paese delle meraviglie. Scienza e curiosità nell’Italia del Settecento (A Journey in the Land of Marvels: Science and Curiosity in Eighteenth-Century Italy, 2007) is a study of the social spaces in which eighteenth-century electrical science flourished in Italy.

My third book, In the Land of Marvels. Science, Fabricated Realities, and Industrial Espionage in the Age of the Grand Tour, forthcoming with Johns Hopkins University Press, explores the relationship between science and eighteenth-century information cultures through the lens a medical controversy and its life on the printed page. I show that reputed experimenters and academicians, along with travel writers, eagerly manipulated facts to create fabricated realities. These fabrications in print, just like fake news circulating in the cybersphere, had real life effects: they secured or started careers, promoted new medical treatments, spread long-lasting stereotypes, and created imagined pasts.

I have been active in bringing the history of science to the broader public. Betweeen 2004 and 2007 I collaborated on the renovation of the Museum of the History of Science in Florence, now Galileo Museum, where I curated two permanent galleries: The Spectacle of Science and Science at Home. I am currently working on the first History of Science and Technology Gallery at Yale, to open in the Peabody Museum  in 2024, and I am the co-curator of Crafting Worldviews. European Instruments of Art and Science a temporary exhibition at the Yale Art Gallery that will open on February 17, 2023.

My work has been acknowledged with the 2019 Louis Gottschalk prize for best book in eighteenth-century studies, the 2016 Margaret W. Rossiter Prize for best article on the history of women in science awarded by the History of Science Society, and the 2015 Clifford Prize for best article in 18th-century studies awarded by the American Society for Eighteenth Century Studies. In 2012 I received the Poorvu Family Award for Interdisciplinary Teaching from Yale College.

I currently serve as the second vice-president for the American Society for Eighteenth Century Studies.

Artisanal Enlightenment: Science and the Mechanical Arts in Old Regime France (New Haven: Yale University Press, 2017). 2019 Louis Gottschalk Prize for best book on eighteenth-century studies, awarded by the American Society for Eighteenth-Century Studies. Second-prize winner, 2018 John Pickstone prize for best scholarly book in history of science and medicine, awarded every two years by the British Society for the History of Science. Finalist, Kenshur Prize for best book in 18th-century interdisciplinary studies. Shortlist, Pfizer Award for best book in the history of science in a three year period, awarded by the History of Science Society.

In the Land of Marvels. Science, Fabricated Realities, and Industrial Espionage in the Age of the Grand Tour (Johns Hopkins University Press, forthcoming)

“Shocking Subjects. Human experiments and the material culture of medical electricity in eighteenth-century England”, in Erika Dick and Larry Stewart (eds), The Uses of Humans in Experiment: Perspectives from the 17th to the 20th Century (Leiden and Boston: Brill, 2016)

“The In/visible Woman: Mariangela Ardinghelli (1730-1824) and the circulation of natural knowledge between Paris and Naples”, Isis 104(2013): 226-49 (winner of the Margaret Rossiter Prize for best article on the history of women in science published in the previous four years, awarded by the History of Science Society)

“Designing the house of knowledge in 18th-century Naples; the ephemeral museum of Ferdinando Spinelli, Prince of Tarsia”, in Jim Bennett, Sofia Talas (eds), Makin Science Public in the Eighteenth Century: The role of Cabinets of Experimental Philosophy. Brill (2013)

“Revealing sparks: John Wesley and the religious utility of electrical healing”, British Journal for the History of Science, 39 (2006), 341-62

“Promethean Sparks: Electricity and the order of nature in the eighteenth century”, in S. Zielinski, S. Wagnermaier (eds.), Variantology1. Diverse Historical Approaches Towards an Archaeology of Media, Technology and the Arts, Cologne: Walther Konig, 2005