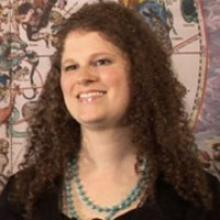 My blog for HST: https://peabodyhsi.wordpress.com/

As Collections Manager of the History of Science and Technology at the Peabody Museum, I operate, enrich, and interpret a nationally-important collection of more than 10,000 objects from the history of science and technology from across more than five centuries. I am happy to assist people within and without Yale by answering both general and specific questions about the collection, advising on and facilitating research by students and scholars, supporting classes in diverse ways including by offering synchronous and non-synchronous virtual components during the pandemic, fulfilling requests for images and when possible scans of objects, discussing object loans and donations, and etc.

When we are no longer constrained by the pandemic, I can also resume offering in-person visits to the collection by classes, groups, and individuals at the Collection Studies Center at Yale’s West Campus. Part of the collection will also be on display at central campus after the Peabody Museum completes its ongoing major renovation. Professor Paola Bertucci and I are currently in the process of designing a new permanent exhibition gallery for HST and of organizing related activities and publications.

Before transitioning to history of science out of a desire to work with museums, I originally trained and worked as a science journalist, which included earning an M.A. in Science & Environmental Reporting from New York University. I went on to complete an M.Sc. in “History of Science: Instruments, Museums, Science, Technology” at the University of Oxford in 2004 and a D.Phil. in History of Science at Oxford in 2010.

My doctoral dissertation dealt with the socioeconomics and geography of the trade in optical, mathematical and philosophical instruments in early modern London - as well as with the purchase, use, perception and representation of instruments. This research included quantitative analyses of hundreds of trade members’ lives as well as studies of individuals’ biographies, in-depth use of archival holdings of all kinds and of historical publications including newspapers and trade cards, reference to surviving instruments, and extensive digital mapping.

My research revealed that the London instrument trade was more extensive, diversified and successful in every sense than had previously been understood – spilling far beyond the bounds of modern conceptions of “science”. It was strengthened by myriad interconnections with other crafts and retail specialties, by the participation of women and of members of specific immigrant and religious communities, and by diverse other socioeconomic networks. In addition, I discovered and analyzed the only set of instrument shop accounts so far known to have survived from the British instrument trade before at least the late 1700’s.

In 2010-2013, I was a post-doctoral research associate at the University of Cambridge on the AHRC-funded project “The Board of Longitude 1714–1828: Science, Innovation and Empire in the Georgian World” (http://www.rmg.co.uk/work-services/what-we-do/learning-partnerships/partnerships-outreach/board-of-longitude), helmed by Professor Simon Schaffer at Cambridge and by Drs. Richard Dunn and Rebekah Higgitt at the National Maritime Museum at Greenwich.

I also wrote numerous contextual essays and volume summaries for the JISC-funded digitization project at the Cambridge University Library, “Navigating 18th Century Science and Technology: the Board of Longitude” (http://cudl.lib.cam.ac.uk/collections/longitude). My research for these two projects mainly focused on the search for the longitude before the British Longitude Act of 1714, the early history of the Board, and the socioeconomic networks and media through which longitude was communicated and business conducted.

This led me to dramatically reinterpret the nature of the Commissioners - not as a standing Board of Longitude which failed to do its duty for more than twenty years, but as independent authorities who had been established as such and were largely perceived as such and who only gradually transformed into a communal body for a variety of reasons, mainly from the 1760s onward. I also extensively studied the only public female longitude projector (Jane Squire) and discovered a second female longitude author who remained anonymous (Elizabeth Johnson - a sister of the painter Sir Joshua Reynolds).

In 2013-2015, I was a Mellon-Newton Postdoctoral Interdisciplinary Research Fellow at the Centre for Research in the Arts, Social Sciences and Humanities [CRASSH] at Cambridge. This included my convening and organizing an international interdisciplinary conference “Objects in Motion: Material Culture in Transition” at CRASSH on 18-20 June 2015 (https://objects2015.wordpress.com/about/).

Entries on “Instruments and Instrument Makers” and on “Longitude” in Dana Jalobean and Charles T. Wolfe (eds.), Encyclopedia of Early Modern Philosophy and Sciences, Springer - in press.

Four chapters in Simon Schaffer & Richard Dunn (eds.), The Board of Longitude 1714–1828: Science, Innovation and Empire, in preparation for Palgrave MacMillan.

“Symbiosis and style: the production, sale and purchase of instruments in the luxury markets of eighteenth-century London” in A.D. Morrison-Low, Sara J. Schechner & Paolo Brenni (eds.) How Scientific Instruments Have Changed Hands (Brill, 2016), 1-20.

“‘Precision’, ‘perfection’ and the reality of British scientific instruments on the move during the 18th Century” in Material Culture Review 74-75, 2012, 14-29.

“The business of life: the socioeconomics of the “scientific” instrument trade in early modern London” in F-E. Eliassen & K. Szende (eds.), Generations in Towns: Succession and Success in Pre-Industrial Urban Societies (Cambridge Scholars, 2009), 175-180.

“Reading between the lines: the instrument trade in the newspapers of 18th century London” in the Scientific Instrument Society Bulletin 102, 2009, 12-17.

“The London instrument trade, from Culpeper to Cole” in Bart Grob and Hans Hooijmaijers (eds.), Who Needs Scientific Instruments: Conference on scientific instruments and their users 20-22 October 2005 (Museum Boerhaave, 2006), 99-105.