Home » News » Society and disease: Lessons on pandemic from the pages of history

Society and disease: Lessons on pandemic from the pages of history 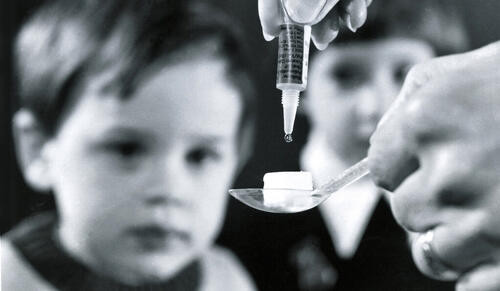 While doing research as an undergraduate in Australia during the late-1970s, Naomi Rogers stumbled upon some dusty volumes of the British Medical Journal in her university’s medical library. They hadn’t been used in a very long time, but for Rogers — who was searching for debates, from the 1870s and 1880s, about whether women should be admitted to medical schools — there was something “magical” in those pages. At the time torn between a career in music or history, she began to lean toward life as a historian.

Since joining the Yale faculty full time in 2001, Rogers has taught the history of medicine, specializing in disease and public health, gender and health, disability, feminist activism, and alternative medicine. Named a full professor in 2015, she has written about epidemic polio in two of her books, “Dirt and Disease: Polio Before FDR” and “Polio Wars: Sister Kenny and the Golden Age of American Medicine,” and is now working on a book that examines health activism since 1945.

During the COVID-19 pandemic, Rogers, professor in the history of medicine and history in the Faculty of Arts and Sciences, has been called upon by the media and others to offer a historical perspective on epidemics, public health, science, and medicine. She recently spoke with YaleNews about what past epidemics can teach us about the present crisis, what the pandemic has taught her as a historian, and how a rise in misinformation and anti-science sentiments during a public health emergency is nothing new.