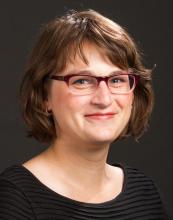 SHOT’s Special Interest Group in Computers, Information, and Society awarded Joanna Radin the 2018 Mahoney Prize. The details of the citation and prize are below.

In “Digital Natives: How medical and Indigenous histories matter for Big Data,” Joanna Radin argues for critical engagement with “the metabolism of Big Data”. Radin presents the remarkable history of a dataset known as the Pima Indian Diabetes Dataset (PIDD), derived from research conducted with the Akimel O’odham Indigenous community in Arizona. Since the loss of their ability to farm the land, this community has an extremely high rate of diabetes. Reconstructing the circumstances of the dataset’s production and its presence in a Machine Learning repository where it is used in projects far removed from diabetes, Radin draws attention to the way that data is naturalised, and bodies and economic struggle are elided. Significant questions are raised about the ethics and politics of research in an age of Big Data, including the reproduction of patterns of settler colonialism in the research enterprise, and the community’s work to redefine the research encounter. The prize committee were impressed by Radin’s depth of research, quality of analysis, and the contribution to multiple literatures, and commend her for an inspired and inspiring article.

About the Mahoney Prize:

The Mahoney Prize recognizes an outstanding article in the history of computing and information technology, broadly conceived published in the last three years. The Mahoney Prize commemorates the late Princeton scholar Michael S. Mahoney, whose profound contributions to the history of computing came from his many articles and book chapters. The prize consists of a $500 award and a certificate. The Mahoney Prize is awarded by the Special Interest Group in Computers, Information, and Society (SIGCIS) and is presented during the annual meeting of our parent group, the Society for the History of Technology.