Home » News » Ivano Dal Prete publishes new book: On the Edge of Eternity. The Antiquity of the Earth in Medieval and Early Modern Europe

Ivano Dal Prete publishes new book: On the Edge of Eternity. The Antiquity of the Earth in Medieval and Early Modern Europe 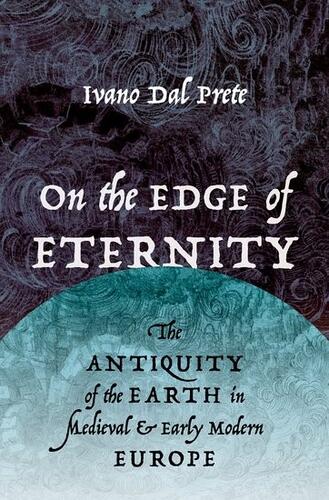 “Calling upon a massive reservoir of evidence that has been hiding in plain sight, this deeply researched and engrossing book not only overturns a long held historical narrative that deep geological time was discovered in the eighteenth century, but also chronicles the formation of that narrative in the crucible of intellectual and political change at the end of the eighteenth century. Dal Prete brilliantly reveals the peaceful coexistence of multiple theories about the age of the earth from the Middle Ages up through the seventeenth century, then their politicization as the new ideology of science asserted eternal war between science and religion, a fable, as Dal Prete lays bare, that has endured up to the present.” - Pamela H. Smith, Columbia University

“In this erudite and elegant book, Ivano Dal Prete rewrites the history of Western views on the age of the earth. He works as deftly on ancient traditions in philosophy and chronology as on the practical culture of Tuscan miners and merchants, shows that scholars and craftsmen came into active intellectual contact, and brings lost worlds of speculation and exploration back to life. Medieval and Renaissance ideas about earth history were rich and varied, and geological evidence often supported arguments for an eternal world. Before this context, the debates of later centuries, with their multiple efforts to salvage a biblical chronology, take on a radically new meaning.  The warfare of science with theology, Dal Prete argues, is not a medieval but a modern phenomenon, born of new commitments, Protestant and Catholic, to biblical authority” - Anthony Grafton, Princeton University

On the Edge of Eternity. The Antiquity of the Earth in Medieval and Early Modern Europe (Oxford University Press, 2022).