Home » News » Ivano Dal Prete to give colloquium lecture, 'On the Edge of Eternity: Thinking of an Ancient Earth in Pre-modern Europe' at Johns Hopkins University

Ivano Dal Prete to give colloquium lecture, ‘On the Edge of Eternity: Thinking of an Ancient Earth in Pre-modern Europe’ at Johns Hopkins University 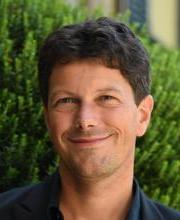 Historians of science, mainstream geologists, and young Earth creationists alike all share the assumption that an ancient Earth was highly heterodox or even heretical in pre-modern Europe. The discovery of geological time began no earlier than three centuries ago, shaking the traditional faith in the historical accuracy of the Bible. For better or worse, the old age of the world is universally regarded as the offspring of a secularized science.

Ivano Dal Prete’s forthcoming book challenges this fundamental postulate, and proposes a radical revision of current paradigms on the history of deep time. On the Edge of Eternity argues that since the Middle Ages, the belief in a young Earth scarred by the unique event of the Flood coexisted with alternative approaches that advocated the eternity of the world, or placed its creation into a far, undetermined past. These notions spread freely for centuries not only in universities and among scholars, but even in popularizations and didactic literature that made them easily accessible to a vernacular and philosophically illiterate public. Rather than discover the geological antiquity of the Earth, the eighteenth century erased the complexity of the pre-modern history of deep time, replacing it with the simplistic dichotomy that still informs our scholarship and our culture.