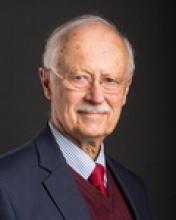 Gordon M. Shepherd grew up in Iowa, and received his B.S. at Iowa State College in 1955, M.D. at Harvard in 1959, and D.Phil. at Oxford in 1962. After postdoctoral training at NIH, MIT and the Karolinska Institute he joined the faculty at Yale Medical School, where he is Professor of Neurobiology. He introduced the olfactory system as a model for analyzing the properties of neurons and synapses in the brain and the formation of neural images of olfactory molecules. His research has contributed to properties of neuronal dendrites and spines, olfactory processing, and development of the new fields of computational neuroscience, brain microcircuits, neuroinformatics, and neurogastronomy. He has trained over 70 graduate students, postdoctoral fellows and visiting scientists, and published over 280 articles and reviews, with continuous grant support since 1966. His books include The Synaptic Organization of the Brain (5 ed.), Neurobiology (3 ed.), Handbook of Brain Microcircuits, and Neurogastronomy; in the history of neuroscience are Foundations of the Neuron Doctrine, Creating Modern Neuroscience, and Mosso’s Circulation of Blood in the Human Brain. He has been chief editor of the Journal of Neurophysiology and Journal of Neuroscience. Visiting positions have included the University of Pennsylvania, College de France, Simon Fraser University, Santa Fe Institute, Ecole Normale Superieure, Institute Pasteur, and Oxford University. He served as a Deputy Provost of Yale University, received honorary degrees from the Universities of Copenhagen and Pavia, and is a member of the American Academy of Arts and Sciences and past president of the Association for Chemoreception Sciences and the Cajal Club.